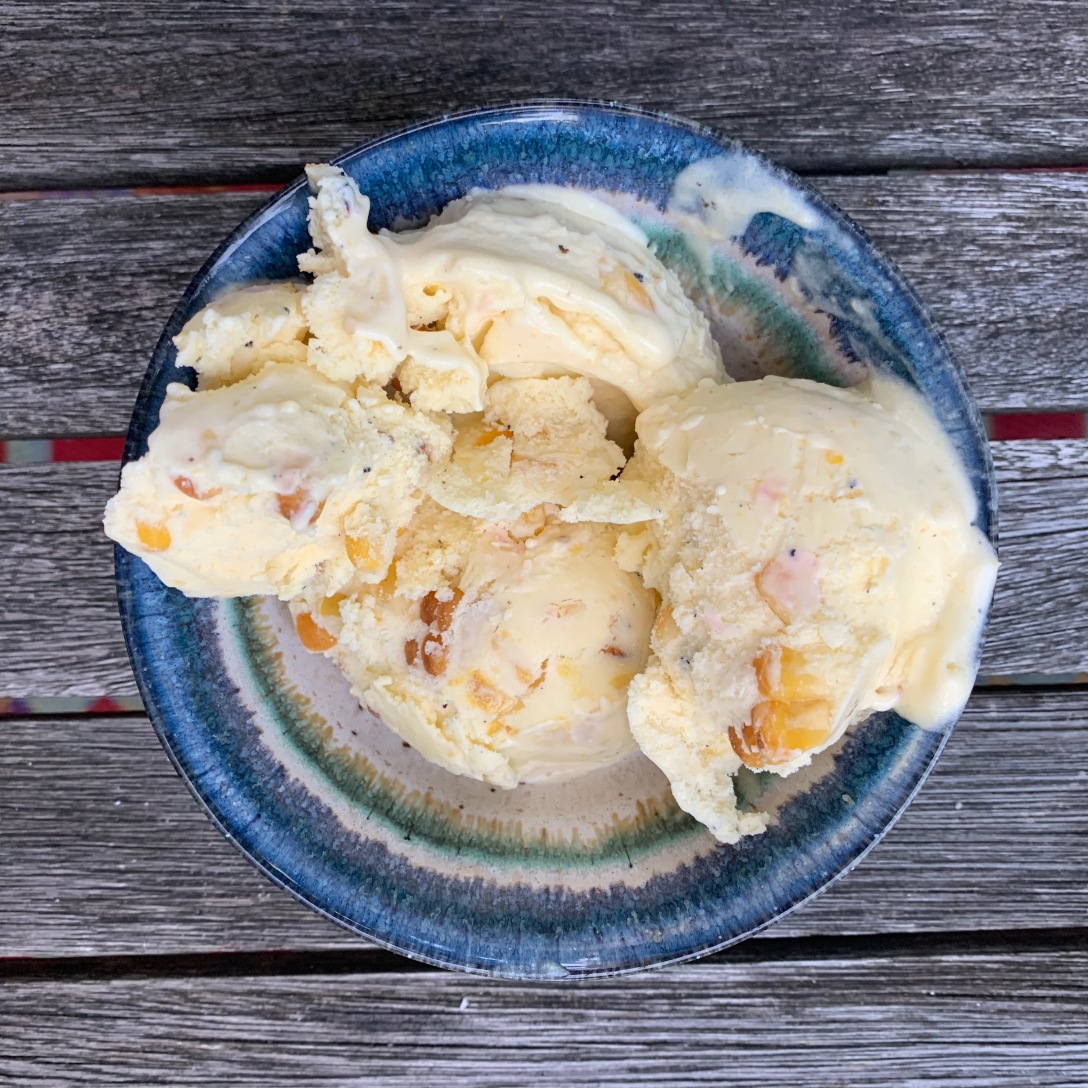 My husband loves corn so we have been buying a lot of it lately and having it on the barbecue. One of my favorite variations of corn is Elote, or Mexican street corn. Who doesn’t love anything covered in cheese, lime, and butter? Since starting this blog, I knew that I wanted to try a variation of Elote ice cream, but was not sure how to get the recipe right. I took in a lot of input and eventually settled on swapping out part of the base for sour cream. I struggled back and forth about whether or not to add cojita cheese to the recipe (I am still debating doing a second batch with the cheese). In the end, I think I was able to capture the Elote taste and the sour cream added a nice tang. If you do like spice, I would recommend adding some more chili powder when you grill your corn. I would suggest pairing this dessert with some tequila on the rocks.

Shuck the corn and cut the kernels off of two ears. Add the corn kernels along with the rest of the base ingredients to a sauce pan. Warm the mixture on low heat and stir. Turn off the heat just before it simmers.  Do not boil. Transfer the mixture to a blender and blend until smooth. If you do not have a high powered blender, you may want to strain some of the corn through a strainer to get rid of the pieces. Transfer the mixture to a heatproof container and store in the fridge overnight to fully cool.

While you are stirring the base, take the remaining ears of corn and set it on a sheet of tin foil. Rub it in olive oil. Sprinkle chili powder on the kernals ( amount depends on how spicy you want it,). Zest the lime and add the zest to the corn along with the juice. Wrap the corn and barbecue for 20-30 minutes. Once the corn has cooled enough, take a knife and cut off the kernels. Cool and store in the fridge until fully cooled.

Once the elite and base have fully cooled, add the base to your ice cream maker and churn to the manufactures instructions. Slowly add in the elote and continue to churn until the ice cream has fully formed.

View all posts by Hallie